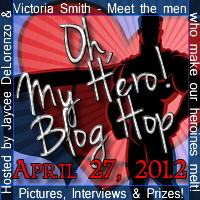 Welcome to the Oh, My Hero Blog Hop, dedicated to the heroes who make us melt! Thanks so much to Jaycee DeLorenzo and Victoria Smith for hosting this!

I'm featuring Sergei, the hero in my debut novel Life on the Edge. You can find out much more about the book here! Sergei is a twenty-five-year-old figure skating coach from Russia. He coaches a number of pairs on Cape Cod, including his new star team of nineteen-year-old Emily and Chris. Sergei is firmly focused on his work until sparks start to fly with Emily. That's when everything becomes a lot more complicated . . .

I think it's pretty easy to see from these photos why Emily would fall for Sergei. Who could resist those mesmerizing blue eyes and oh-so-kissable lips?! And on top of the hotness, Sergei is a sweetheart and knows how to bring the romance. 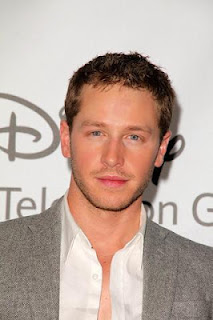 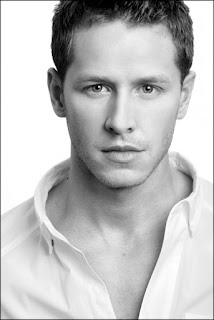 Sergei graciously agreed to be interviewed for the blog hop, so I'm going to try not to swoon too much while I ask him some questions :)

1) How would you describe your heroine? "Ahh, great question to start. What can I say about Emily?" Sergei's blue eyes sparkle, and he rubs the slight stubble on his chin. "She has this fire inside that drives everything she does - from the way she competes to how she opens her heart to everyone around her. She's not afraid to take chances. She throws herself one thousand percent into everything she commits to. And she's beautiful." His lips curl into a smile. "So incredibly beautiful."

2) Are you a morning or a night person and why? "Definitely a morning person. I've been waking up early for skating and coaching almost my entire life. Most mornings, I'm done with my workout in the gym and have had two cups of coffee by seven a.m." Sergei laughs. "I've probably seen more sunrises than you'll see in a lifetime."

3) If you won a million dollars what would you do with it? Sergei steeples his hands in front of his mouth. "Hmm . . . that's a lot of money. First, I'd buy a house for my parents on the Cape so they could move here from Russia. Then I'd hire Sting to play a private concert for me and Emily. We're both huge fans, and his concert in Mansfield was the first time we hung out together. With the rest of the money, I'd start some kind of program at our rink for kids who want to skate but can't afford the expenses."

4) If you had 24 hours to live what would you do/where would you go? Sergei's face grows serious, and he stares over my shoulder. "I'd start the day by watching the sunrise with Emily at the cliffs on Martha's Vineyard. It's a special spot for us. After that, I'd want to skate with her . . . to have her in my arms and feel that sensation of flying one last time. Beyond that, it wouldn't matter to me where we'd go as long as Em was with me."

5) If you had three wishes what would they be? "Only three?" Sergei smiles. "Well, I know my first one for sure - for Emily and Chris to win an Olympic gold medal. Second wish would be . . ." He pauses and his mouth tightens. "A better relationship with my father. And the third . . . the third is something I'd rather not talk about, but it would be amazing if it happened."

Umm, way to tease us, Sergei! What could be his secret wish? Hmmmm . . . Before I let him go, I gave Sergei a quick lightning round of questions:

Chocolate or vanilla? "Chocolate."
Summer or winter? "Winter."
Coffee or tea? "Coffee all the way."
TV or movies? "Movies."
Boxers or Briefs? "Boxer briefs." He grins, and I blush.

Hope you enjoyed getting to know my hero! You can check out lots more swoony guys at the other blog stops listed here!

Email ThisBlogThis!Share to TwitterShare to FacebookShare to Pinterest
Labels: figure skating, Life on the Edge, writing