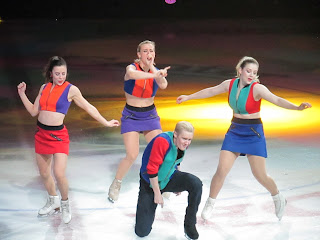 It's time for my annual Stars on Ice show review! I saw the show at its Anaheim stop again so I could visit with friends, and the crowd was great compared to the attendance reports I'd seen from other cities.

We arrived early at the Honda Center for the pre-show rehearsal, but because of miscommunication between the show management and the arena, we missed the ice dancers' rehearsal group :( I was glad we did get to see Madison Chock and Evan Bates do a Q&A with the local skaters at the end of the pre-show. This was something new that hadn't been done at the previous rehearsals I'd attended. The singles skaters practiced bits and pieces of their programs and also toyed around with other elements (saw Vincent land a nice quad in front of us). Ashley spent a few minutes working on her "ice slide" move with assistance from Adam lol.  Here are some video clips I took during rehearsal => PRE-SHOW VIDS.

The show started with a great high-energy group number to "24K Magic." I find my eyes going to Charlie White a lot in these group numbers. His dancing has really reached another level since his participation in Love on the Floor last summer. 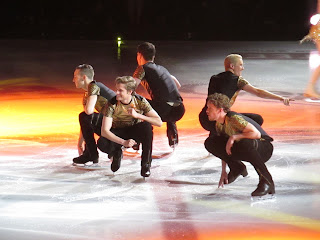 Here are the rest of the programs in order:

Vincent Zhou - "Sun" - This was the exhibition he did at nationals, and I like this program for him because it shows off the smoothness of his skating and how much he's worked on the artistic side. Couple of solid triples including a Rippon Lutz.

Gracie Gold - "Bang Bang" and "Best Mistake" - I really like the sassy choreography done by Misha Ge for this program. Would like to see Gracie bring it to life a little more. I think she did one double jump.

Adam Rippon and Gracie Gold - "City of Stars" - Loved this interlude and how much Gracie smiled once Adam came onto the ice. Wish it had been longer. 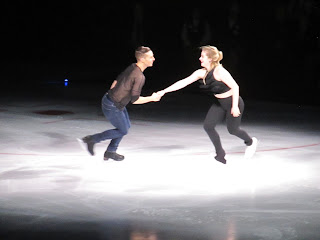 Adam Rippon - "Diamonds" - Very modern choreography done with complete commitment by Adam. His jumps look solid after the long layoff due to injury.

Madison Hubbell and Zach Donohue - "Believer" - Love this song and the crisp, powerful movement by H/D in this program. I think a strong piece of music like this could be a good free dance vehicle for them. 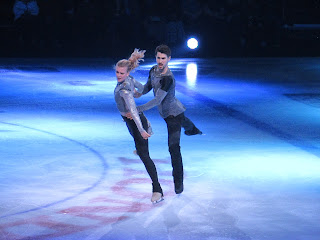 Jeremy Abbott - "Land of All" - Inventive and angular choreography with a nicely-executed backflip included!

Karen Chen - "Rise" - Karen's command of the ice was AWESOME and the most powerful I've ever seen her look. She did a triple Lutz-half loop-triple Salchow in the program and was practicing her triple Lutz-triple toe during rehearsal.

Madison Chock and Evan Bates - "Santa Maria" - WOW WOW WOW. It's a shame that with all the tangos he's given his teams, Igor never blessed Madi and Evan with one because they owned this tango. Sultry, passionate, and creative with clever use of a folding chair as a prop. I didn't want it to end. 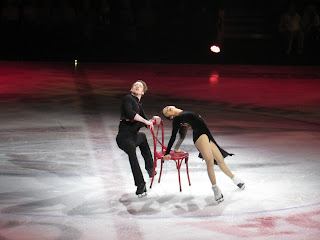 Ashley, Gracie, Adam, Jeremy - "Bright Lights" - This group number featured costumes that glowed in the dark. It was a cool concept, but the choreography seemed rather generic and didn't really grab me. As the only upbeat number other than the opening and closing, I would've preferred something more fun like "The Walker" from the 2014 show.

Nathan Chen - "Stole the Show" - Nathan really shines with the fast and furious footwork in this program, and he treated us to one of his beautiful quads. His performance ability shines through so much more when he doesn't have to do five of them.

Meryl Davis and Charlie White - "Adagio" - Stunning, moving, effortless skating. I can't think of enough adjectives for this program. They poured their hearts into the performance, and even though many of the movements were ones we've seen before, it didn't matter because they were done with such conviction. 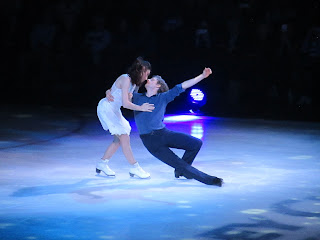 Ashley Wagner - "Exogenesis: Symphony Part III" - Ashley maintained the mood set by Meryl and Charlie with her reprise of her Muse long program. She did a few very nice triples and performed the program to the max, completely engaged with the music.

Cast - "Send in the Clowns" - A lovely tribute to the late Jef Billings. A montage of clips from past SOI shows played on the video screens while the cast skated. I could feel the skaters' appreciation for his work in the air. 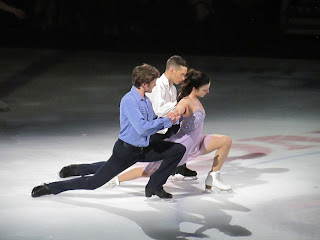 Cast - "Fratres" - This was a pretty group number to start the second half, but I think it would've been better to start with something a little more upbeat since the first half ended with the Jef Billings tribute.

Madison and Zach - "Stand By Me" - The program reminded me a lot of their free dance from this past season - very lyrical and emphasizing the emotional connection between the two of them.

Adam - "Getaway" - Cool, dancey program with a different vibe from his first number, so great variety! Once again his jumps were on point, too. 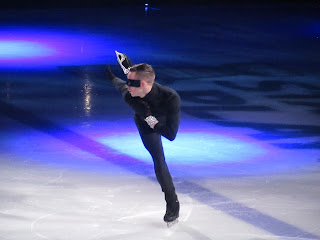 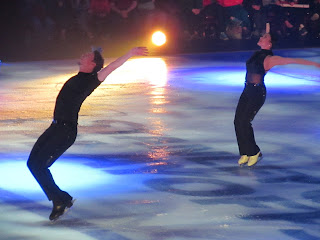 Gracie - "Golden" - This was more of Gracie's usual style, but the jumps still weren't there (she did one double). I hope if her heart is still in skating that she can find her way to make a comeback on her terms.

Ice Dancers - "Black Hole Sun" - Awesome, dark group number with the three ice dance teams. I just wish the lights had been brighter because it was hard to see the facial expressions and the nuances of the program. 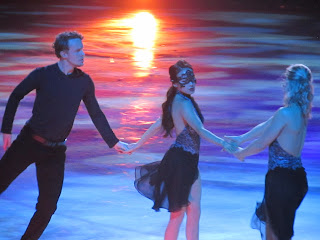 Karen - "Butterfly Lovers" - More gorgeous, heartfelt skating from Karen. She popped one jump but looked strong in every other aspect.

Jeremy - "In This Shirt" - The style of the program seemed similar to Jeremy's first number, so I had trouble remembering which one was which. He had a couple of jump issues in this one, but his basic skating is still so lovely to watch. 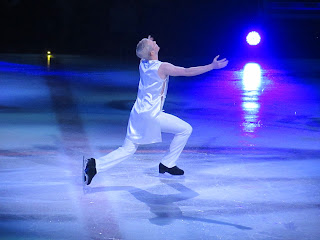 Madi and Evan - "Under Pressure" - I've loved this program all season long, so I was happy to see it one more time. It was great to see them include the twizzle sequence, which ice dancers don't normally do in exhibition programs.

Ashley - "Handclap" - This was Ashley at her fun, sassy best. She made me enjoy the program even though I'm not a fan of the song.

Meryl and Charlie - "Sax" - Totally different from their earlier number and such a blast of energy! This program showed off Meryl and Charlie's pure dance skills and how much they've grown from their experiences with Dancing With the Stars and Love on the Floor. 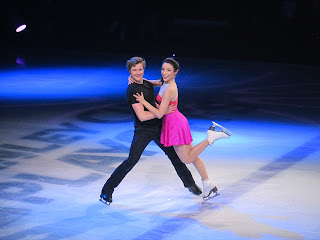 Cast - "Can't Stop the Feeling" - A great way to close the night with a fun, rocking number that included a chance for each skater to take their turn in the spotlight and be goofy (examples: Adam ripping off his jacket and Charlie running and sliding across the ice). The skaters took multiple laps around and didn't seem to want to leave. It was great to see how much fun they were having. 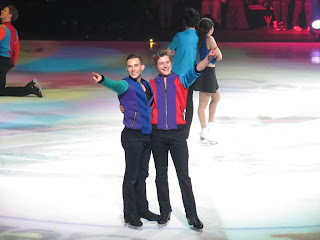 Here are the rest of my photos from the show plus the Meet and Greet! => SOI PHOTOS

Email ThisBlogThis!Share to TwitterShare to FacebookShare to Pinterest
Labels: Stars on Ice