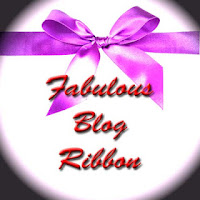 Thanks so much to Jaycee Delorenzo for giving me this lovely award!

Name five of your most fabulous moments, either in real life or in the blogosphere:

1. The day LIFE ON THE EDGE was published. Seeing it on Amazon was surreal!

2. Graduating at the top of my business school class at Tulane.

3. Attending my first skating event, the 2001 U.S. Figure Skating Championships in Boston. I sat in awe of how shiny the costumes were in person and how electric the atmosphere was. The entire experience was sensory overload.

4. Standing in front of the Olympic flame at the 2010 Winter Olympics in Vancouver. I never thought I'd realize my dream of attending the Games, and there I was among the throngs of people clamoring for a photo of the magnificent cauldron.

5. Singing The Hullabaloo cheer with hundreds of other Tulane fans in Rosenblatt Stadium at the 2005 College World Series. We were on top of the world.

2. My friends near and far

3. When people only talk about themselves