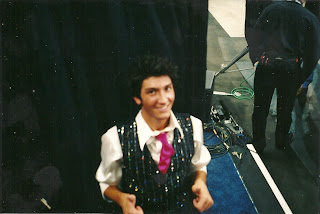 I had a lot of fun doing my U.S. Nationals and Worlds nostalgia series earlier this year, so I thought with Skate America coming up, I'd do one for that event, too. I started attending Skate America in 2004 and have missed only one year since then. The event doesn't have the intensity and special feel of Nationals, but it's always a fun competition!

Skate America 2004 in Pittsburgh was very exciting for me because it was my first chance to see international skaters in a competition setting. I was especially excited to see Brian Joubert, and when I spotted him in the stands, I raced around the arena to get a photo with him! 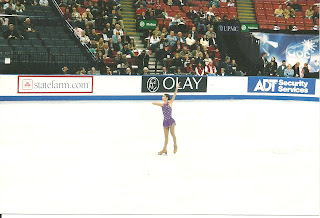 Michelle Kwan dropped out of the event, which greatly disappointed me, but we got to see Alissa Czisny's coming-out party. I'd seen her skate at Nationals and loved her balletic style, and it was such a treat to witness her beautiful, clean short program to The Mission. Angela Nikodinov won the ladies' event, and I remember the medal ceremony was delayed until Sunday because of the tragedy in the pairs competition. More on that in a minute...

Jennifer Don and Jonathan Hunt were one of the America pairs competing, and I'd been a big fan of theirs since 2003 Nationals. I thought they had a bright future... one of many failed American pairs I've had to experience disappointment with over the years! The clear favorites in the pairs event were the Russians Tatiana Totmianina and Maxim Marinin, but disaster struck during their free skate when Maxim lost his footing during a lift and Tatiana fell head-first onto the ice. Many minutes passed as medical personnel attended to her on the ice and then carted her off. It was the scariest thing I've ever witnessed at a competition. None of us knew how badly Tatiana had been hurt. We were all so glad to see her interviewed on TV the next day. 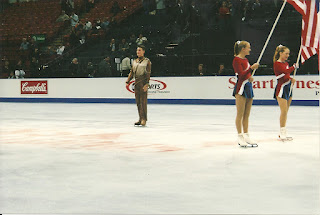 In the men's event, I remember Ryan Jahnke skated well and Evan Lysacek performed his Singin' In the Rain long program, which is my favorite program of his. Joubert won with his 1492 free skate for which he wore a rather garish costume (it looked like pleather). 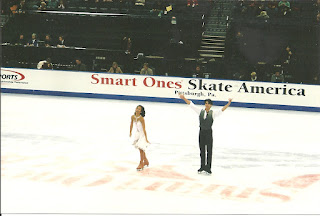 In ice dance, Tanith Belbin and Ben Agosto showed they hadn't lost any momentum from their fifth place finish at Worlds. Their gypsy free dance was one of the highlights of the competition for me. I could tell it was going to be a special program for them that year. Kendra Goodwin and Brent Bommentre had a big crowd of family and friends present since they trained in Philadelphia. I loved their Evita free dance, and I often wonder what would've happened if they'd stayed together after that season.

I don't remember a lot about the arena or the hotel except they were located within a short walking distance of each other. And there was pretty foliage in the area. We don't see much foliage down here in the Gulf South! That year was the first time I attended a Friends of Figure Skating reception, and I got to talk to Ryan Jahnke and Tanith and Ben. That was a fun afternoon! 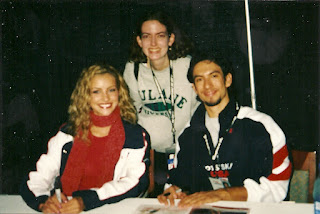 After my experience in Pittsburgh, it was no surprise that I was hooked and wanted to attend Skate America again. Atlantic City in 2005 seemed difficult to get to, so I passed on it. That turned out to be a good decision since Hurricane Katrina hit in August 2005, and I was still exiled from home when Skate America rolled around. But I returned to SA in 2006 in Hartford, and there was some unforgettable drama. Read all about the early morning fire alarm and more in the next installment!