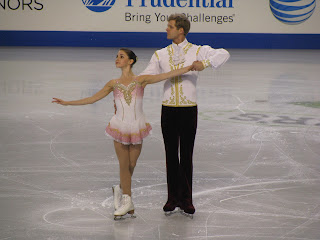 Time to look back at the free skates! First up on Saturday night were the men, and we saw lots of splats on quads. I was really looking forward to seeing Jeremy Abbott's "Bring Him Home" program, but with all the doubled jumps it was hard to feel any energy. I hope he'll skate it much better at Nationals because I thought the abbreviated version he did at Evening With Champions was gorgeous.

Takahiko Kozuka had the performance of the night, while Yuzuru Hanyu had a meltdown after his record-setting short program. Every time he fell, it took him longer to get up. I'd like to see more fight from him. Overall, the men's event was pretty disappointing.

The pairs were up next, and Gretchen Donlan/Andrew Speroff again led off the event. They performed their Sleeping Beauty program, looking like beautiful ballet dancers. Their lines and extension are unmatched on the U.S. pairs scene, and I hope gaining more international experience this year will be one of the keys to furthering their career. 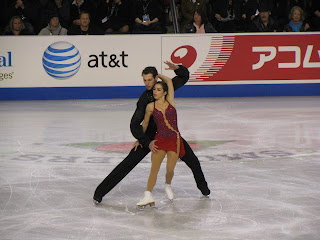 Marissa Castelli/Simon Shnapir came out with another great program, a very intricate and wonderfully executed tango. They have two outstanding programs this season. I loved their expression, and I was so excited to see them land the side-by-side triple toes with ease. Vanessa James/Morgan Cipres were the next couple, and I already admitted my love for Pearl Harbor programs. I really like this team and am so impressed with how well they've gelled in just a year together. 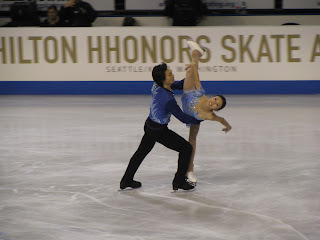 Caydee Denney/John Coughlin skated very well. I preferred Danielle Montalbano/Evgeni Krasnopolski's Phantom of the Opera music cuts, though. The Israeli team used part of the movie soundtrack that I've always wanted someone to skate to ("Journey To the Cemetery"). Qing Pang/Jian Tong's performance was one of my favorites of the competition. It was so lyrical and full of honest emotion. I enjoyed it much more than Tatiana Volosozhar/Max Trankov's program. I was on their bandwagon last season, but their programs this year do nothing for me, and I'm not feeling a connection between them.

The ice dancers were up first on Sunday afternoon, and it was another outstanding event all around. Just like in the short dance, the skating was at a high level. Anastasia Cannuscio/Colin McManus performed their sultry/high-energy program with a lot of flair. I hope they continue to grow and explore new themes because I love their look on the ice. Lynn Kriengkrairut/Logan Giulietti-Schmitt looked like they gave everything they had to their Adele free dance. The program has gotten more seamless since I saw it at the Senior B competition in Salt Lake City. Their highlight moves were some of the best in the event. 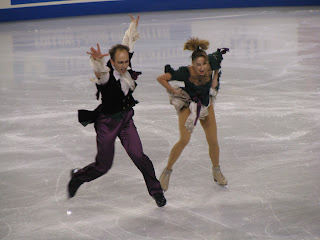 Nelli Zhiganshina/Alexander Gazsi were fabulous as zombies. They don't do anything halfway, and I love how they're not afraid to just go all out with the craziest theme they can find. I couldn't really get into Ekaterina Bobrova/Dmitri Soloviev's free dance. The music was a big part of the reason and their lifts are often awkward-looking.

I loved Kaitlyn Weaver/Andrew Poje's program. The music touched me right from the start, and I could see the influence of Allison Holker (one of my favorite dancers) in the choreography. The only issue I have with the program is the simplicity in the transitions and some of the open choreography. I think they're capable of more intricate work. 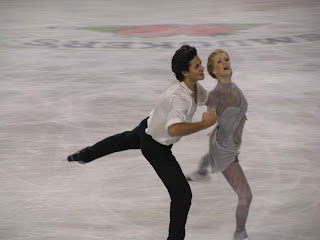 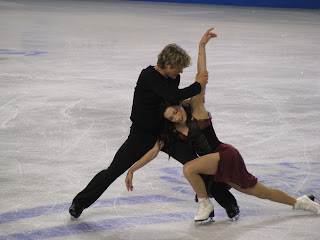 Meryl Davis/Charlie White were the final couple to skate, and they committed to every movement and every beat of Notre Dame de Paris. I love how the lifts are placed with the music for maximum impact. They have some awesome new lifts. The circular step sequence was one of my favorite parts of the program, and I thought it too was beautifully timed with the music. And I have to mention the part after the program ended when Charlie carried Meryl to center ice for their bows. My friends and I were screaming like crazy people. It was so unexpected but such a wonderful job of staying in character by Meryl and Charlie. 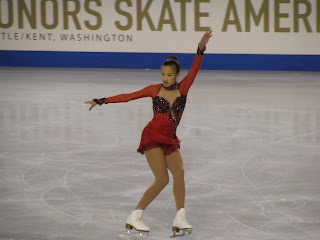 The ladies' free skate was the final event, and I missed the first group to grab lunch. The highlights of the second group were Christina Gao and Ashley Wagner. It was awesome to see two American ladies throwing down two clean programs. The Team USA skaters sitting in the stands went nuts after Christina and Ashley's performances. And seeing John Nicks jump out of his seat in the kiss and cry when Ashley's score came up was one of the funniest moments of the weekend!

The Exhibition wrapped up the weekend of events, and some of my favorite performances were from Kriengkrairut/Giulietti-Schmitt, Castelli/Shnapir, Jeremy Abbott, Konstantin Menshov, Takahiko Kozuka, Pang/Tong, and Davis/White. The finale was amusing as always as the skaters did a victory lap and then threw autographed items into the crowd. I snagged a frisbee and a T-shirt! The slingshots didn't make an appearance - I think Mark Ladwig must bring those to Nationals every year, LOL. 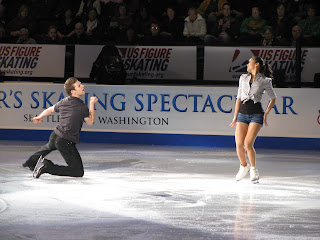 A few thoughts on the event overall... the state of Washington always does a great job hosting competitions, and the crowds in Kent were great and enthusiastic. The official hotel, the Doubletree, was one of the strangest hotels I've seen. It was extremely spread out, and the trek from the lobby to the wing where my room was (and apparently most of the skaters' rooms also) took awhile. You couldn't really "run up to your room" to get something quickly.

The distance between the hotel and arena was also very long. Thank goodness for Kent Station across the street from the arena and the string of restaurants on Southcenter Parkway a few miles away. Those were the most convenient places to eat in the area with the short time between events. I felt like I spent a lot of time in the car, driving back and forth. Other than the geographic issues, I thought the event was well-organized, and I would definitely return!

I won't be attending any more Grand Prix events this year, but I'll be posting thoughts every week as I watch them online! I'm looking forward to seeing what Skate Canada has in store for us this weekend!
Posted by Jennifer at 11:11 PM