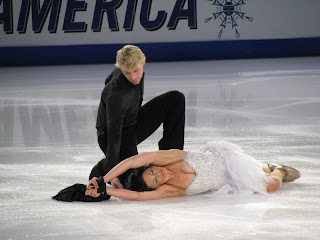 Skate America 2008 in Everett, Washington is one of the years I have trouble remembering, so I'm going to have to dig deep into my memory bank!

There was a lot of buzz surrounding the men's event because Evan Lysacek and Johnny Weir were competing against each other at Skate America for the first time. The men's free skate brought a lot of confusion over the scores as Takahiko Kozuka took home the gold by a narrow margin over Evan and Johnny. 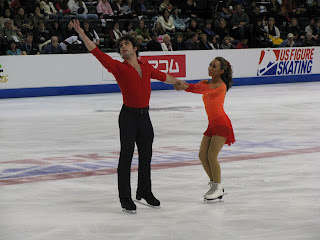 One of my favorite performances was in the pairs event. Keauna McLaughlin and Rockne Brubaker skated their West Side Story long program better than they did all season. They won silver behind Aliona Savchenko/Robin Szolkowy, who I was very excited to see skate live for the first time. I adored their "Leningrad" exhibition program. They always have fantastic show numbers! 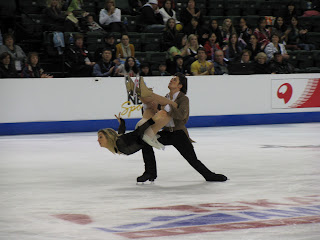 Sinead and John Kerr had a great free dance that year to "Ruled By Secrecy" by Muse, and they landed on the podium with a bronze medal. In the original dance event, Emily Samuelson and Evan Bates received one of the loudest ovations with their energetic "Let Yourself Go" program. Tanith Belbin and Ben Agosto showed us their new look from their new coaches Natalia Linichuk and Gennadi Karponosov, and I was a little skeptical. I didn't think the Tosca free dance showed off their strengths. 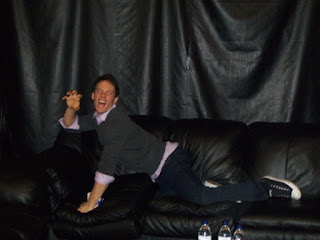 I almost forgot one of the coolest things from Everett - my sister won a backstage tour at the Friends of Figure Skating breakfast. We got to see the media area, the areas where the skaters warmed up, the judges' podium, and the kiss and cry. While we were on the tour, Craig Buntin decided to tag along with us, and he made it even more entertaining!

Next in the series - Lake Placid 2009. Evan finally got that elusive Skate America gold, I finally got to see Shen/Zhao skate live, and a bad grilled cheese sandwich knocked me down but not out.
Posted by Jennifer at 7:55 PM