Welcome to Music Monday! We're one week closer to the release of CROSSING THE ICE, and here's another song from the book's playlist. Today I'm featuring Eva Cassidy's rendition of "Over the Rainbow." Courtney's favorite movie is The Wizard of Oz :)

Email ThisBlogThis!Share to TwitterShare to FacebookShare to Pinterest
Labels: Crossing the Ice, Eva Cassidy, Music Monday, Over the Rainbow

We're only six weeks away from release day! Whoop whoop!! 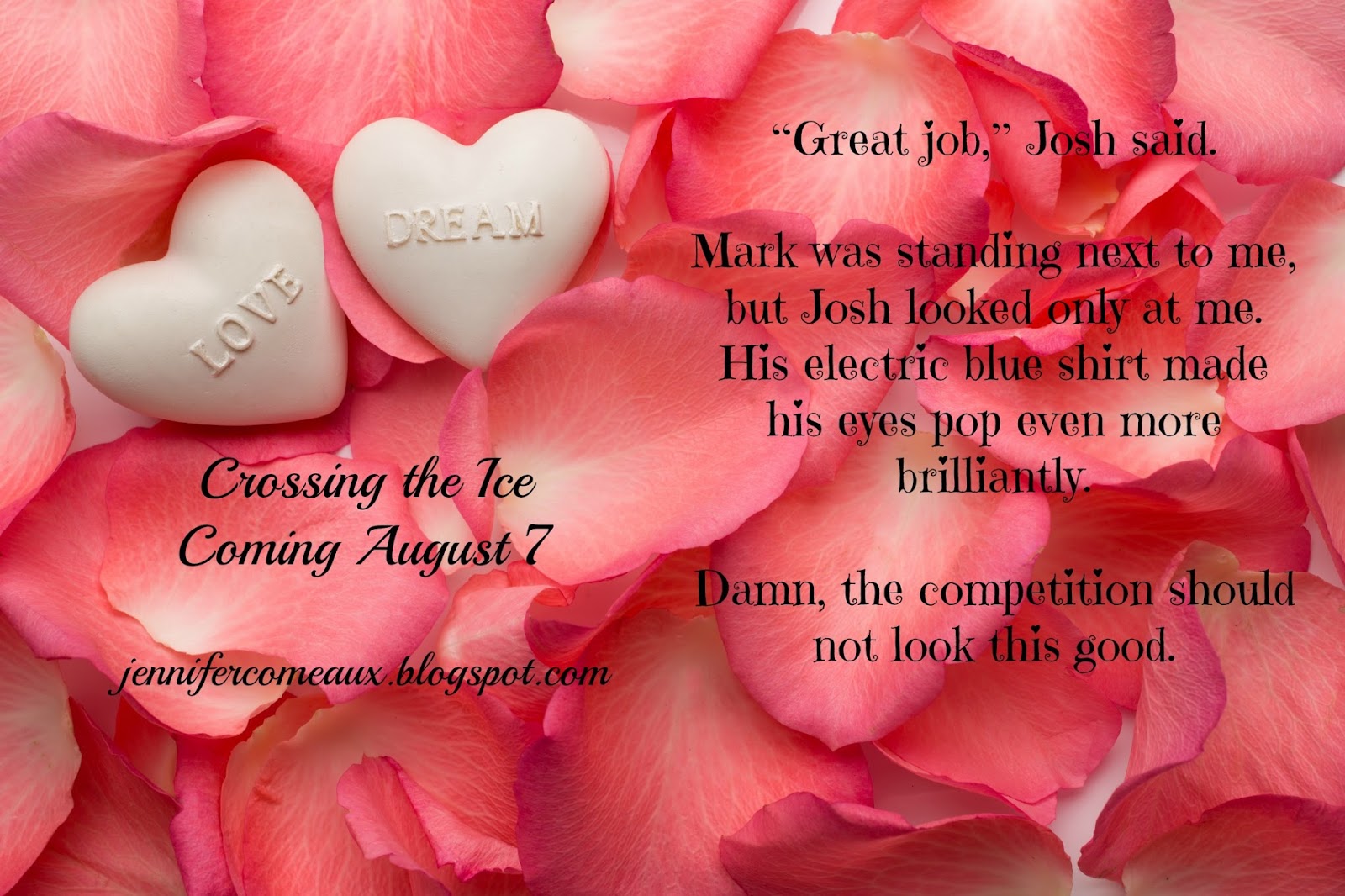 If you'd like to read the book early, here's how you can! I'm giving out 50 Advanced Review Copies to readers who promise to post a review on Amazon on release day. It can be just a few sentences - nothing fancy :) In order to receive an ARC, sign up for my newsletter or join my street team. All those who post reviews will be entered into a raffle for an Amazon gift card!

I haven't done Music Monday in awhile, but I thought I'd bring it back with a CROSSING THE ICE theme! With release day only six weeks away, I'll feature a song from the book's playlist each Monday until the book is released. Music is such a huge part of the story. Today's song is "Your Hands Are Cold" from the Pride and Prejudice soundtrack:

A little more CROSSING THE ICE news - the cover will be revealed on July 10! And if you'd like to receive an Advance Review Copy of the book, please join my street team to find out how!
Posted by Jennifer at 12:00 AM No comments:

Email ThisBlogThis!Share to TwitterShare to FacebookShare to Pinterest
Labels: Crossing the Ice, Music Monday, Pride and Prejudice, Your Hands Are Cold

Happy dance time!! I finished writing CROSSING THE ICE over the weekend!!!! Once I get the editing and formatting schedule finalized, I can give you a firm release date, but it's looking like it will be much earlier than planned :) In the meantime, I thought I should celebrate this milestone by sharing another little teaser! 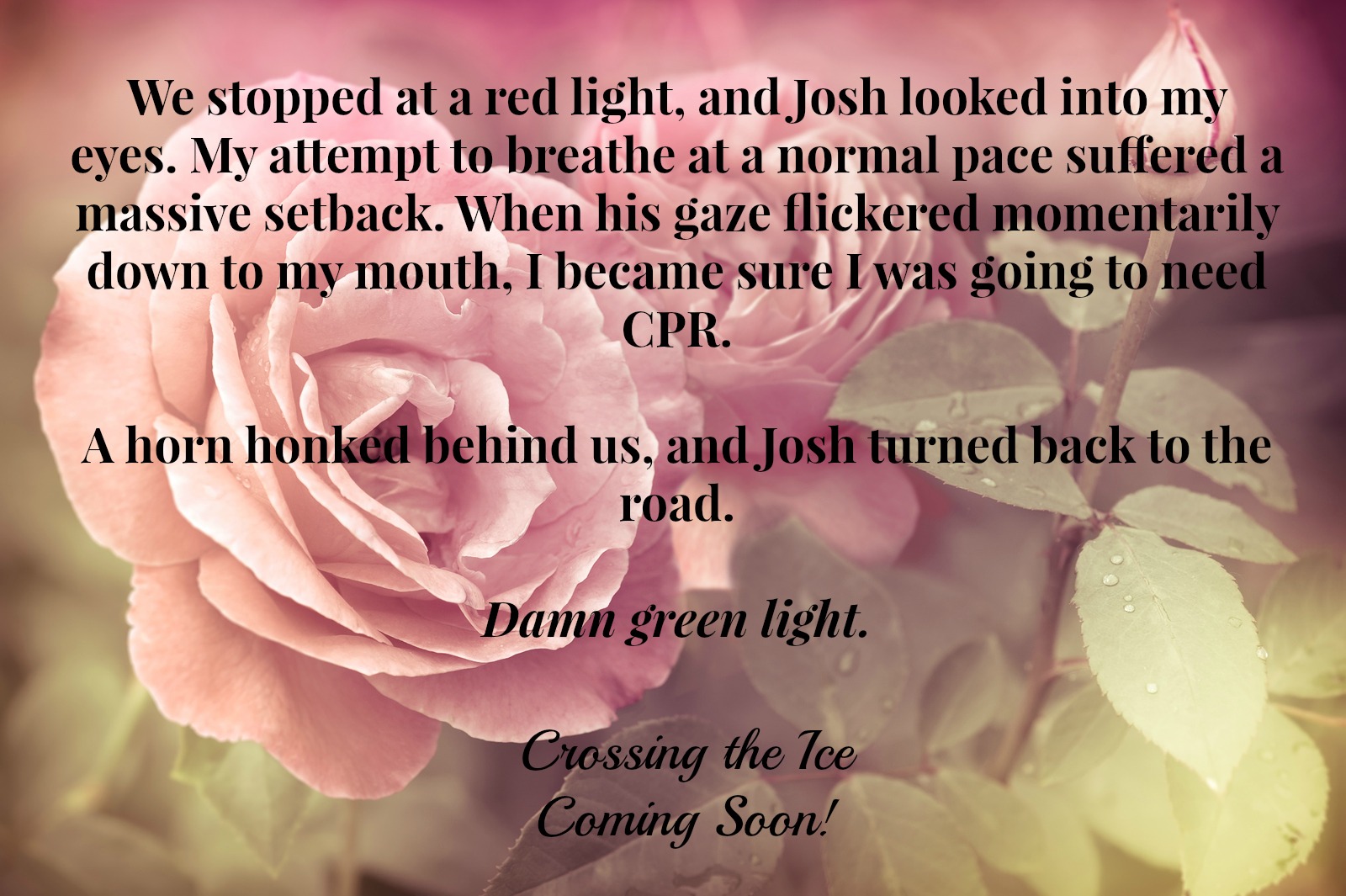 I have some cover news, too! It's in the final stage of production, and I love how it truly represents the story. There will be a cover reveal a few weeks before release, so if you're a blogger, keep an eye out for information on how to sign up!

Posted by Jennifer at 5:40 PM No comments:

Pick the Cover for THE BOY NEXT DOOR

My friend and fellow author Katie Van Ark has a skating romance coming out next year, THE BOY NEXT DOOR (formerly PAIRING UP), and her publisher Swoon Reads is letting us choose the cover! There are four beautiful options, and you can vote between now and June 9. Check them out on Swoon Reads' blog:

Here's a little more about THE BOY NEXT DOOR:


Maddy Spier’s been in love with the boy next door forever. As his figure skating partner she spends time in his arms every day. But she’s also seen his arms around other girls—lots of other girls. How can she make him realize that they can be partners off the ice as well?
Gabe’s relationship with Maddy is vital. He can’t imagine skating with anyone else, and together they have a real chance at gold–maybe even making it to the Olympics! So he’s decided to think of her as a sister. After all, family is forever, but he’s never dated anyone for more than two weeks.
Then their coach assigns a new romantic skating program, and everything changes. Will this be the big break that Maddy’s been hoping for or the big break-up that Gabe has always feared?
Posted by Jennifer at 7:12 PM