I always love coming up with my dream movie cast for each of my books, and I knew right away who I pictured playing the main characters in my new release GOLD RUSH. Here are some fun facts about the characters and a look at the actors I'd choose to play them! 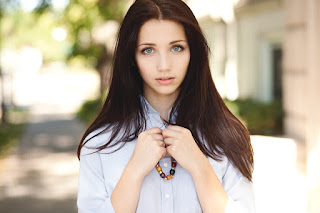 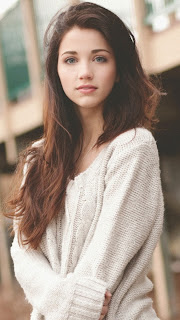 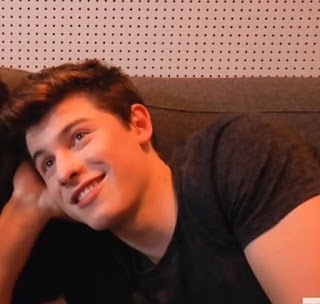 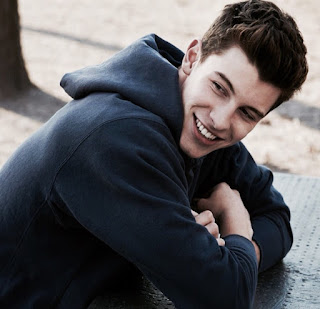 Check out my pages for my other books for those casts! You'll see lots of secondary characters from GOLD RUSH ;)

Posted by Jennifer at 8:19 PM No comments: 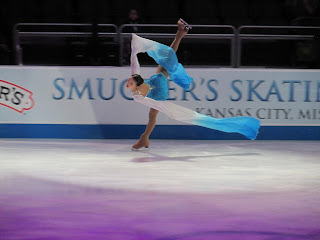 I apologize for being late with my blogging and photos from nationals this year! With the late-night events and the later nights spending time with friends after the events, there was only enough time to squeeze in some much-needed sleep. I've been playing catch-up since I got home, so I hope you'll still enjoy the photos even though they're a few days late :)

I arrived in Kansas City on Wednesday evening, luckily just in time to attend the junior short dance. With the deep field in ice dance at the junior level, I'd been looking forward to this event, and neither the SD nor the FD disappointed. The Parsons totally blew me away with their unison and their musicality. I am so excited to see them on the senior level next season. Some of my other favorite performances were by Carreira/Ponomarenko, Lewis/Bye, and the Greens. Even with a fall, I loved the Greens' short dance. I thought they really felt the hip hop movements and were totally committed to the choreography. 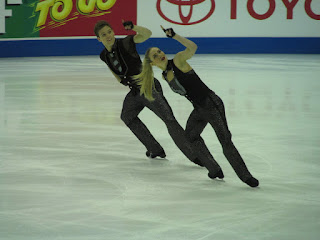 On Thursday I started the day at the senior pairs short program warm-up and then took a break at the hotel before the long afternoon and evening ahead. The pairs SP kicked off the action, and it brought some surprising results. Cain/LeDuc wowed us all with their sassy and technically difficult program, and Stellato-Dudek/Bartholomay tugged on the heartstrings with their emotional and joyous performance. These two new teams elevated the level of skating in the event. 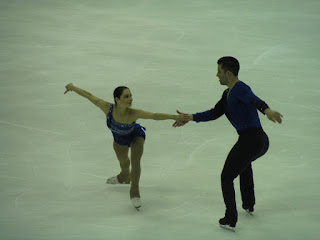 The ladies' short program followed the pairs, and there were more surprises as Karen Chen roared to the top of the leaderboard. I've been hoping that Karen could put it all together for awhile now, and she stepped up big time with an emotionally nuanced program complete with huge jumps. Another feel-good story of the night was Caroline Zhang, who skated a clean program after her comeback from hip surgery. Also showing a fighting spirit was Amber Glenn, who had a frightening fall on her opening combination but came back to do a triple-triple less than a minute later. What a strong competitor! 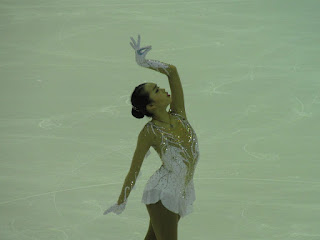 I was at the arena early on Friday for the junior free dance, which was again one of my favorite events of the week. Aside from the top four teams (who were fantastic!), I greatly enjoyed Addas/Valdez's Great Gatsby FD and Efimova/Petrov's lyrical FD. 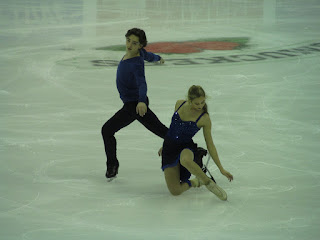 After a lunch break and an afternoon at the WWI Museum, it was back to the arena for the senior short dance and the men's short program. I can't say that I agreed with the judges' placements in the SD. I didn't think the Shibutanis skated with the necessary power and energy needed for their hip hop program. I would've had Chock/Bates first, Hubbell/Donohue second, and the Shibs third. Both C/B and H/D were on fire in their performances and really sold them. Among the lower-ranked teams, I adored Manta/Johnson's upbeat program. They make it impossible not to smile while watching it. 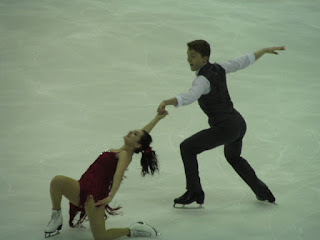 The superstar of the men's short program was of course Nathan Chen. He's come such a long way in interpreting his ballet short program since the start of the season. I just continue to be amazed by this kid and continue to say rosaries that his legs will remain intact under the strain of all the quads he's doing.

Super Saturday started with the early groups of pairs and dance (my apologies to the early pairs because I snagged some extra sleep that morning). The small dance group was highlighted by the performance of the Reynolds siblings. They nailed everything and were visibly emotional after their skate. It's those types of moments that make nationals so special.

The afternoon pairs free skate was an up and down event with no one skating a completely clean performance. I was so thrilled that Castelli/Tran performed their Journey program well, though. Even with a couple of errors on the jumps, the program still had great energy and was a big step in the right direction for C/T. I hope that they will continue to work toward their goals despite the shoddy treatment they've received by USFS (not awarding them a spot on the World or 4CC team). I'm so happy that Denney/Frazier will be attending Worlds and 4CC. They've had such a tough road coming back from Haven's injury, but all I see is joy on their faces when they skate. Brandon's improvement in expression has really added another dimension to this team. 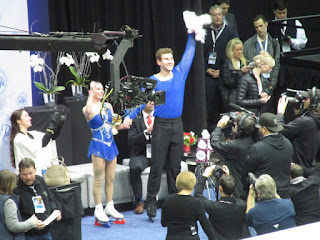 The free dance was not the best we've seen at nationals in recent years. Multiple falls marred the final group, but there were some great performances otherwise. I have to say how much I love, love, love Biechler/Dodge's "Breathe Me" FD. I became a fan of this team last year with their Queen FD, and they upped their game even more this season with another fabulous, modern program. Their twizzles and their unison in every element stand out to me, and I'm so excited for their future.

Another young team I'm excited about is Pogrebinsky/Benoit. Their long lines and elegant style give them a unique look among the other teams. I was so disappointed that Hawayek/Baker didn't skate their Liebestraum program to its full potential because it's one of my favorites this season. I hope they can capture that magic again next season in their FD. 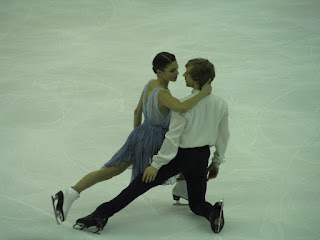 Just like in the short dance, I wasn't feeling the Shibs' performance. After last year's exciting Coldplay free dance, I feel like their FD this year falls flat. They're trying to do the lyrical style that so many teams are doing to emulate Papadakis/Cizeron, but I'm not getting any spark from it. The crowd also didn't respond to it like they did with Coldplay. Chock/Bates got the biggest reaction of the event with their dynamic "Under Pressure" FD. It was a great mood booster after all the slow music and the mistakes in the final group. They skated the hell out of that program, and I hope this is the start of a fantastic second half of the season for them. 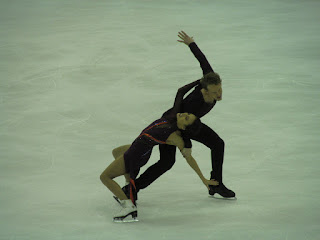 The ladies brought the day to a close, and the highlights for me outside of the top three were again Amber Glenn and Caroline Zhang. I had my doubts about whether Karen Chen could stand up under the pressure of being in first place, but she looked like a born champion out there. Mariah Bell didn't have a perfect skate, but every time I see her skate, her jumps look more secure and she looks more confident. I have a feeling that she is going to become a leading lady very, very soon. 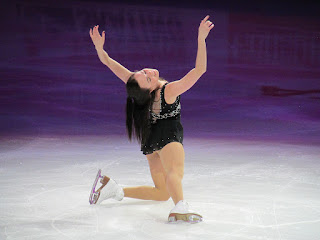 The Friends of Figure Skating breakfast was the first order of business on Sunday morning, and then it was straight to the men's free skate. Before we got to the ridiculous, astounding performance of Nathan Chen, there were some other shining stars for me. Shotoro Omori's Phantom of the Opera program was beautiful, Sean Rabbitt's Latin medley was an absolute blast, and Alex Johnson's "In Your Eyes" program was a sexy, contemporary piece. None of them had Nathan's technical content, but they all touched the audience with their heartfelt performances.

The exhibition wrapped up all the fun on Sunday night, and I was super impressed with Nathan's performance. He only did one jump, but it was still a complete and entertaining program. His footwork was awesome and highlighted how well he moves across the ice. He has the skills to be both a true artist and a master jumper, and again I pray that he stays healthy so we can watch him continue to grow and display his brilliance.

Here are all my photos from the events! I was having camera battery issues a lot of the time, so I don't have as many picture as I usually do. Hope you still enjoy them!

Email ThisBlogThis!Share to TwitterShare to FacebookShare to Pinterest
Labels: 2017 Nationals 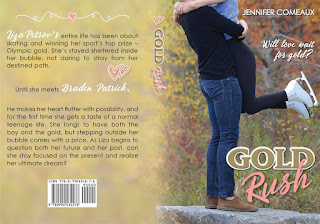 It's GOLD RUSH release day!!!! I'm so excited to finally share this book with you. I hope you will love reading Liza's story as much as I loved writing it! You can get the book at the special release price of 99 cents until the end of the week. Grab it at one of the following sites and then enter my giveaway below!

Posted by Jennifer at 7:00 AM No comments: