In this week's Music Monday I'm celebrating music I discovered while watching TV dance shows, specifically So You Think You Can Dance and Dancing With the Stars. I'm a die-hard fan of So You Think You Can Dance and have seen every episode of every season. I haven't watched Dancing With the Stars much recently, but I really enjoy the Macy's Stars of Dance segment they have on the results show, which often features dancers from SYTYCD.


This post was inspired by a song I discovered last week during one of the auditions on SYTYCD. The song is "Clockwork" by Sleeping At Last. I cannot stop listening to it! Here's the video of the gorgeous audition by Taylor Ward, and following is the full version of the song.

The next song is one I heard during the Macy's Stars of Dance segment a few weeks ago on DWTS. It was used in a piece choreographed by Stacey Tookey, my favorite contemporary dance choreographer. Here's the song "Love Me or Leave Me" by Kerli and the beautiful dance performance!

"Love Me or Leave Me" by Kerli

Another song I discovered on SYTYCD a few years ago was "If It Kills Me" by Jason Mraz. I was a big fan of Jason Mraz's music but somehow had not heard this song before. I loved Jeanine and Jason's performance (and Travis Wall's brilliant choreography!) One year later, one of my beloved ice dance teams, Tanith Belbin and Ben Agosto, used the song for an exhibition, and it became one of my favorite show programs of all time (I still swoon during the entire final section of the program). Here are both the SYTYCD performance and the skating exhibition!

Jeanine and Jason's performance on SYTYCD

Tanith and Ben's performance at All That Skate

Going back to an even earlier season of SYTYCD, I was introduced to a great song by The Veronicas, "Untouched," when Chelsea and Thayne danced to it. This song is so catchy and I dare you not to dance in your chair to it!

Chelsea and Thayne's performance on SYTYCD

Have there been any favorite songs you've discovered while watching these dance shows?
Posted by Jennifer at 8:00 PM No comments:

Email ThisBlogThis!Share to TwitterShare to FacebookShare to Pinterest
Labels: Dancing With the Stars, Jason Mraz, Kerli, Sleeping At Last, So You Think You Can Dance, The Veronicas 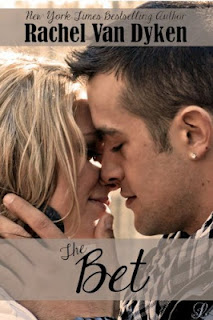 Welcome to the Rachel Van Dyken Got the Contract Blog Hop! We're celebrating Rachel's new contract with Grand Central Publishing for her New Adult novels THE BET, THE WAGER (coming soon), ELITE, and ELECT (coming soon). To give you an idea of how HUGE this accomplishment is, Nicholas Sparks' books are published by Grand Central!

(Pick up Rachel's books while they're still 99 cents!!)

I met Rachel through our publisher Astraea Press, where Rachel made a name for herself with her best-selling regency romance stories. She released her first book in the summer of 2011 and became a USA Today Best Selling Author later that year. Rachel's success has been a great inspiration to all of us at Astraea, and I dream of one day joining her at the top of the charts!

To celebrate Rachel's fantastic achievement, I'm giving away a signed copy of her #1 best-selling regency romance WALTZING WITH THE WALLFLOWER. It's autographed by both Rachel and her co-author Leah Sanders. I'm also including a signed LIFE ON THE EDGE bookmark! LIFE ON THE EDGE is the first book in my EDGE series. It's a New Adult romance set against the backdrop of the glitzy yet grueling world of competitive figure skating. Here's the blurb!

Nineteen-year-old Emily is new to pairs skating, but she and her partner Chris have a big dream - to be the first American team to win Olympic gold. Their young coach Sergei, who left Russia after a mysterious end to his skating career, believes they can break through and make history.

Emily and Chris are on track to be top contenders at the 2002 Winter Games. But when forbidden feelings spark between Emily and Sergei, broken trust and an unexpected enemy threaten to derail Emily's dreams of gold.


Book #2, EDGE OF THE PAST, was released last fall, and the final book in the trilogy, FIGHTING FOR THE EDGE, will be out in November!

To enter the giveaway, just fill out the Rafflecopter below! And don't forget to hop around to the other blogs here. There's a long list of fabulous prizes being given away!

a Rafflecopter giveaway
Posted by Jennifer at 12:00 AM 10 comments:

Email ThisBlogThis!Share to TwitterShare to FacebookShare to Pinterest
Labels: Edge of the Past, Elite, Fighting for the Edge, Grand Central Publishing, Life on the Edge, Rachel Van Dyken, The Bet, Waltzing With the Wallflower

This week as I was listening to the radio in the car, I heard a couple of songs that made me think, "Whoa! Those lyrics go perfectly with my story!" My story being my work-in-process, FIGHTING FOR THE EDGE. The first song is "Heart Attack" by Demi Lovato. Listening to the lyrics, I could totally hear my character Aubrey singing them. The words describe Aubrey's view on love exactly, especially the first stanza:

The second song is "Stay" by Rihanna. In the last chapter I was working on, I wrote the following line:

"Would you stay here tonight? Sleep next to me?" (Sorry, I can't reveal which character says this!)

And then I heard "Stay" on the radio and listened to the lyrics, and again they reminded me of the emotions of a certain relationship in my story, especially this part:

Come back to the blog tomorrow for a big celebration and tons of giveaways!! You won't want to miss it!
Posted by Jennifer at 9:12 PM No comments:

Email ThisBlogThis!Share to TwitterShare to FacebookShare to Pinterest
Labels: Demi Lovato, Fighting for the Edge, Rihanna

FIGHTING FOR THE EDGE Teasers

I posted a couple of quick new FIGHTING FOR THE EDGE teasers on my Facebook page, but I know a lot of people don't see the posts because of Facebook's ridiculous machinations. So, here they are if you missed them :)

Sergei put his weight on his elbow. “Your parents are far away downstairs. It’s totally private up here. Remember that was one of your selling points?” He tickled my stomach.
I giggled and grabbed his wrist. “I think I’m experiencing some delayed teenage awkwardness of having a boy in my room since I never did that when I was actually a teenager.”
“Then you definitely need to go through your rebellious phase now,” Sergei said with a slow grin.

“Do you think you’ll stay here after you and Em retire?” Aubrey asked.
“It sounds weird to say ‘retire’ when I’m only twenty-five. Like I’ll be collecting a Social Security check.” Chris laughed.

I'm trying to think of ideas for the cover for this book, but it's been really hard since there are two POVs in the story - Emily's and Aubrey's. I'm hoping inspiration will come to me soon! Meanwhile, I'll keep plugging away at the story :) The book releases in November!
Posted by Jennifer at 7:47 PM 3 comments:

Email ThisBlogThis!Share to TwitterShare to FacebookShare to Pinterest
Labels: Fighting for the Edge

This week's Music Monday is all about The Voice. If you're not watching this show, you're missing some great vocal talent! I think this has been the strongest season so far. Sadly, some of my favorites didn't make it past the battle rounds, but I'll be rooting hard for the ones that did. This first performance is one that I can watch over and over. I wasn't familiar with this Lady Antebellum song before the show, but I absolutely love how Duncan and Sarah performed it.

This next performance was in the knockout round. Garrett Gardner has been one of my favorite singers all season, and I thought he totally killed Alex Clare's "Too Close." I'm so excited to see what he performs in the next round!

"Too Close" by Garrett Gardner

Posted by Jennifer at 8:21 PM No comments: