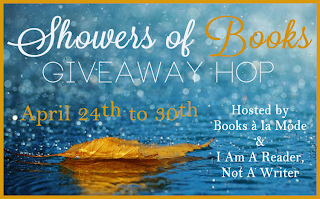 Welcome to the Showers of Books Giveaway Hop! I'm giving away your choice of a $10 Amazon or Barnes & Noble gift card, so be sure to enter using the Rafflecopter below. I was trying to think of something special to do for this post, and I thought, why not do a Sergei appreciation post? If you're not familiar with Sergei, he's the hero in my EDGE series.

He has magnificent blue eyes. 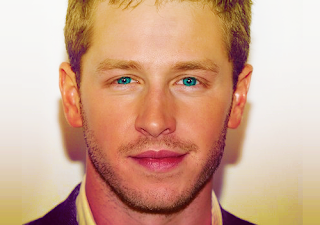 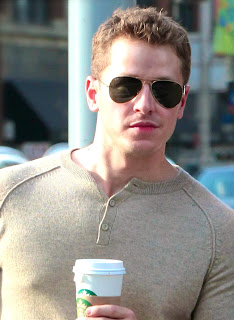 He has a killer smile.

He likes to read.

He has a mysterious past. 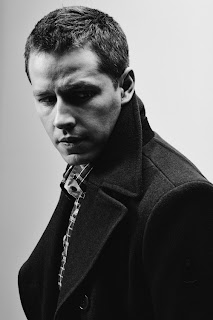 And he can rock a black leather jacket like nobody's business.

Get to know Sergei better in LIFE ON THE EDGE and EDGE OF THE PAST. Or for a quick sample of his hotness, pick up my free short story REACHING THE EDGE.

Hop around to the other sites participating here!

Email ThisBlogThis!Share to TwitterShare to FacebookShare to Pinterest
Labels: blog hop, Edge of the Past, Life on the Edge, Reaching the Edge, Sergei, Showers of Books Giveaway Hop

In D'Tale Magazine has announced the nominees for the 2012 RONE Awards, and both LIFE ON THE EDGE and EDGE OF THE PAST have been nominated!! It would be such an honor for one or both of these books to make it to the final round of judging! If you'd like to cast a vote for these books, all you have to do is download the RONE Awards Ballot and email it to tjmackay@indtale.com - quick and easy!

Thank you so much for any help you can give!! This would be such wonderful exposure for the series if the books become finalists!!

Email ThisBlogThis!Share to TwitterShare to FacebookShare to Pinterest
Labels: Edge of the Past, Life on the Edge, RONE Awards

Hello again! I've been putting together the soundtrack to FIGHTING FOR THE EDGE as I've been writing the story, and I thought I'd share a couple of the songs from the playlist today. I don't want to give away the details of why they're included just yet, so just enjoy the music and see if you can guess its place in the story ;-)

FIGHTING FOR THE EDGE Teaser

I posted a new teaser from FIGHTING FOR THE EDGE on my Facebook page. Here it is if you missed it! And I have some release date news - the book will be out in November!!

Nick shimmied through the crowd, and Chris moved closer to Aubrey. “See that table of girls over there?” He jerked his chin toward a group of three women dressed in cut-up sweatshirts and neon-colored leggings. “They’ve been checking me out since we started dancing. Should I go over and test my player skills?”“No, no.” Aubrey stepped in front of him as a blockade. “Rule number one – no hookups in foreign countries. Trust me, it’s a bad idea. And rule number two – no hooking up with fangirls. I saw that group at the hotel getting autographs. You’ll end up being discussed on some internet message board tomorrow.”

Chris looked back and forth between Aubrey and the table of admirers. “Those are valid points. But I need to practice my game.”

“We’ll go clubbing as soon as we get home.” The music became louder, and Aubrey raised her voice, “Why don’t you practice on me right now?”

He subtly swept a long look over her. “No, you are plenty hot enough.”

His smiling eyes shone at her in a way she’d never seen from him. It made her a little tingly… something she’d definitely never felt around him before.
Posted by Jennifer at 7:41 PM No comments:

Email ThisBlogThis!Share to TwitterShare to FacebookShare to Pinterest
Labels: Edge of the Past, Fighting for the Edge, Life on the Edge

A couple of weeks ago I featured Aubrey from the EDGE series on Music Monday since she has a major role in FIGHTING FOR THE EDGE, the next book in the series. This week I thought I'd give Chris a moment in the spotlight. He also has a big storyline in the next book that I'm very excited about!

Chris has varied taste in music. He listens to a lot of hard rock and alternative on his iPod before he and Emily compete. It gets him fired up and ready to attack their program. A couple of his favorite songs on repeat are:


"Given To Fly" by Pearl Jam

When he's not in competition mode, Chris likes to listen to hip-hop and 80's hair bands, and he's not shy about turning up the volume, lip synching, and playing some major air guitar. One song he particularly loves to rock out to is:

And he has been known to break out some interesting dance moves to:

Keep an eye on the blog and my Facebook page for sneak peeks at FIGHTING FOR THE EDGE!
Posted by Jennifer at 10:43 PM 2 comments: