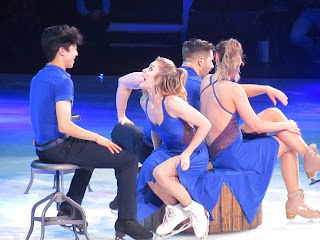 I've attended the Stars on Ice show in Anaheim the past three years, and I've never seen the Honda Center as packed as it was last Saturday night. The Olympic year boost plus the popularity of Adam Rippon and Nathan Chen brought the fans out in full force. The third level of the arena was practically full!

Before I get to the show, I must mention some fun moments from the rehearsal. The number of skaters practicing with their music was less than previous years, but the ones who did provided a lot of entertainment. Meryl Davis and Charlie White played the music for their fast program, and they were flying around the ice. Charlie in particular seemed to be in quite the hyper mood, chatting with all the skaters on the ice. Nathan Chen also did a run-through, and he put one thousand percent energy into all his footwork. He also nailed a couple of quads. The funniest part of the rehearsal by far was the group practice for the ice dance program. Karen Chen stood in for Ashley Wagner as Nathan's partner, and she wasn't well-versed in the steps as you can see in this video. 😂

The show started with a high-energy bang with the opening number to P!nk's "Raise Your Glass." Meryl and Charlie always stand out in the group numbers for me. With their touring and show experience, I think they have a way of going full out, no abandon in all the group choreography.

The highlights of Act I for me were Vincent Zhou, Karen Chen, Nathan Chen, the girls' number, and Meryl and Charlie.

I was highly anticipating Vicent's "Take on Me" program choreographed by Josh Farris, and it didn't disappoint. Vincent hit all the clever moments, including a dab in the middle of the program and a full split at the end that both made the crowd go wild. 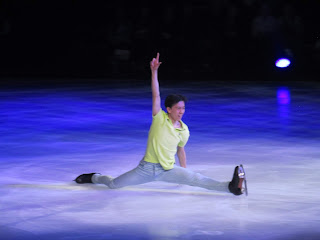 I think Karen is at her best in show programs where she can let go and show off her wonderful speed and flow. The song "Never Enough" was perfect for her style. 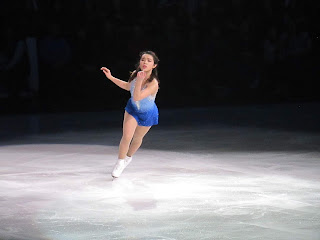 The girls' number to "Dream" was a quiet, beautiful program featuring Karen, Ashley Wagner, Mirai Nagasu, and Bradie Tennell. It let each girl take a turn in the spotlight and show off their elegant lines. 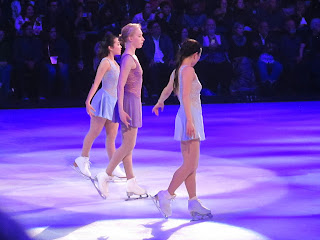 Nathan doesn't have to jump to provide an entertaining performance, but he still graced us with a beautiful quad in his "Back From the Edge" program. He's so quick on his feet and can really dance on the ice. I love how he throws himself into every step. 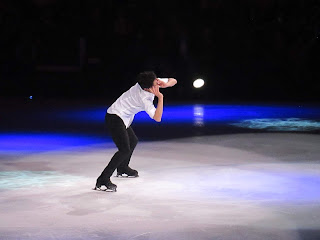 Meryl and Charlie closed the first act with a program that had me smiling from beginning to end. Skating to "Hold My Hand," they filled the arena with their infectious energy. The way they move across the ice with so much ease, as if they are on a dance floor, is truly incredible. I loved Randi Strong's choreography for them - it suited them perfectly. 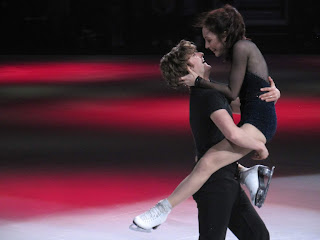 My highlights from Act II were the dance group number, Jason Brown, Bradie, Adam Rippon, Ashley, and Meryl and Charlie.

The second half started with another fantastic group number. This one set to "Shape of You" featured Meryl and Charlie, Madison Hubbell and Zach Donohue, and Ashley and Nathan. It was ice dance-themed, so I watched Ashley and Nathan for most of it to see how they would fare. They more than held their own! I love seeing skaters out of their element, so it was a treat to watch Ashley and Nathan dance in hold together. 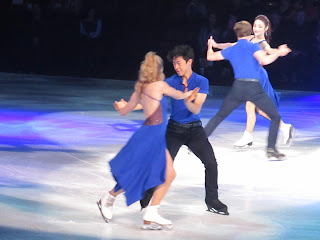 Jason had a sprained ankle, so he couldn't jump or do his gorgeous Russian splits (I missed these most of all!), but he still provided a thoroughly entertaining performance that was one hundred percent Jason. The song "Can't Stop the Feeling" was the optimal vehicle for him to have a party on the ice and bring us all into it with him. 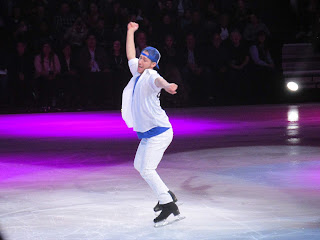 Bradie's program to "This Is Me" was also a great choice for her. She has an elegant power to her skating that I find very enjoyable to watch. The security of her jumps also makes it enjoyable because there's no fear of blemishes marring the performance. 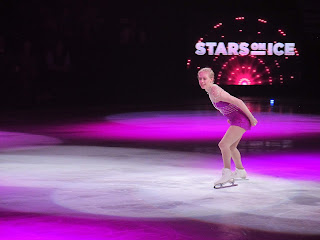 The loudest ovations of the night came during Adam's reprise of his short program to "Let Me Think About It," and they were SO deserved. Adam amped up every move in the program and sold it like nobody's business. It truly felt like we were in a club, losing ourselves on a pulsating dance floor. 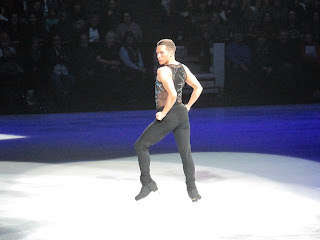 Ashley created an entirely different mood with her "La La Land" program. She drew me in with her attention to the details of the choreography and her visible affection for the music. I wish we'd been able to see her compete with this program for an entire season. 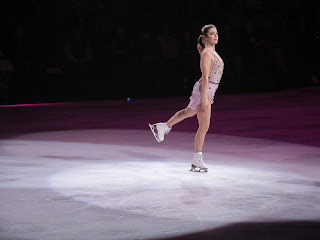 My favorite program of the entire night came near the end of the show - Meryl and Charlie's "Elastic Heart." They used a long, red scarf throughout the program, weaving it between each other and using it with great musical effectiveness. It was obvious how emotionally involved they were in the performance, and the audience was right there with them, hushed and captivated. Meryl and Charlie have grown into such amazing artists. Their artistry goes beyond what their feet are doing on the ice. 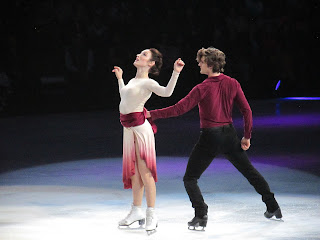 Overall the show was a fantastic two hours of entertainment, and I hope the tour continues for many years to come! Here are all my photos from the show => PHOTOS
Posted by Jennifer at 7:39 PM 3 comments: