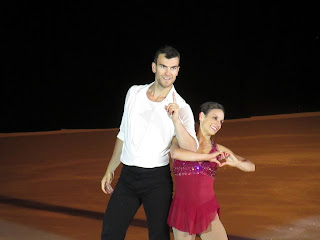 This weekend I made my annual journey to L.A. for the US Foundation's Evening on Ice show. It's always such a fun event with world-class skating. This year's post-show Meet and Greet was also especially fun as it was set up so we could mingle and talk more with the athletes. It was so great to talk to some of my favorite skaters and meet some new ones!

Here's a run-down of the show with a few thoughts:

Gracie Gold - "I Am Here" by Beyonce. Jumps were a little scratchy but she looked very engaged with the music.

Meagan Duhamel & Eric Radford - "One" by Bono & Mary J. Blige. I LOVE seeing Meagan and Eric perform live. They really have a dynamic quality together.

Jeremy Abbott - "Black Skinhead" by Kanye West. Very modern and intense program. I prefer his more lyrical exhibitions, but this one was definitely entertaining. 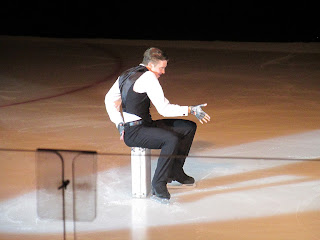 Kimmie Meissner - "Latch" by Sam Smith (cover). There is so much joy in every movement Kimmie makes across the ice. She spoke to the crowd after the show, and she said five years ago she was really down about skating, and Nick and Tricia Laroche invited her to be part of the first Evening on Ice show and encouraged her to start skating again. It helped her find her love for the sport again, and she hasn't stopped performing since then!

Yuka Sato - I don't think I've ever seen Yuka skate live (unless she was on the '94 COI tour, which my old brain can't remember). Her blades are so quiet, and she looked so happy and peaceful in her performance.

Madison Chock & Evan Bates - "Interrupted Flight." I never get enough of seeing my faves! They bring so much elegance and beauty to the ice, and they are two of my favorite skaters off the ice, too. Get ready for a stunning free dance from them this season! ;) 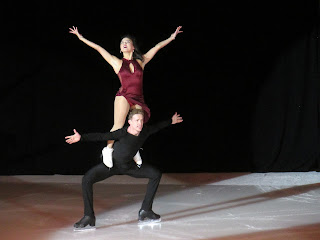 Brendan Kerry - "Troublemaker" by Olly Murs. This was my first time seeing Brendan skate. He looks to have good basics, so I'd like to see how he can progress in the future.

Alissa Czisny - "Don't Cry For Me Argentina" by Madonna. Her jumps and spins were a bit off, but her simple glide across the ice is always so graceful and beautiful to watch.

Polina Edmunds - "California Dreamin" by Mamas and the Papas (cover). This was a new, edgier look for Polina, and I think she pulled it off. She did her trademark magnificent twizzle, which I love. 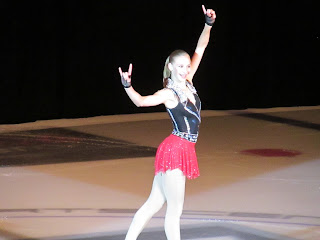 Shawn Sawyer - "We No Speak Americano." Shawn knows how to entertain, and his flexibility never ceases to amaze me. I could watch him spin and do spirals all day long.

Rohene Ward - "A House is Not a Home" by Luther Vandross. Very emotional performance from Rohene with some beautiful moves, including a killer layback and a hydroblade.

Richard Dornbush - "Don't Worry, Be Happy" by Bobby McFerrin. He pulled off a great triple Axel and had his usual playful style working with the crowd.

Daisuke Murakami - "Bring Him Home." I really like the bones of this program and am excited to see its progression as his short program this season. Daisuke said at the M&G that Frank wanted to stretch him as a performer this year with this piece.

Courtney Hicks - "Amazing Grace." This was such a beautiful performance! I can see that Courtney has been working hard on the artistic side of her skating. It was one of my favorites of the evening. 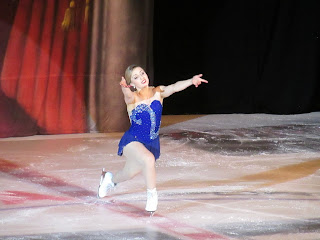 Karen Chen - "Nessun Dorma" by Luciano Pavarotti. It looks like Karen has grown a bit, and it's helped her look more mature on the ice. She skated with wonderful speed and did a great triple Lutz.

Beatrisa Liang - "Give Me Love" by Ed Sheeran (piano version). I'm now obsessed with this version of the song and need to find it STAT. Bebe always picks great music and shows her love for skating in her performances.

Jonathan Cassar - "Bridge Over Troubled Water" by Simon & Garfunkel. The only way to describe Jon's skating is gorgeous and heartfelt. We all know he has killer spread eagles, but everything he does on the ice is special. 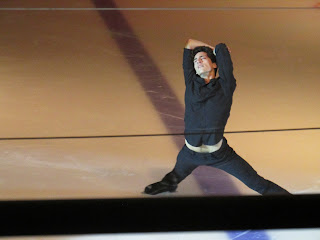 Derrick Delmore - I wasn't familiar with the song, but it sounded like Ricky Martin? Derrick can't stop smiling while he's skating, and it's obvious he's another one who loves any chance to get out there and perform.

Leah Keiser - "On My Own." Leah has grown so much and really has a striking presence on the ice. Loved her Ina Bauer.

Douglas Razzano - "Your Song" from Moulin Rouge. Any time I can see Doug skate and then chat with him afterward is a good day. I was very happy to hear he'll be a team leader for the Challenge Skate in Salt Lake City this year. He is a one-of-a-kind personality!

Braden Overett - "Feelin' Good" by Michael Buble. Braden has comedic skating down to a science. He was one of my favorites back when he was competing, and I'm so happy he's still performing. You can't buy that kind of charisma. 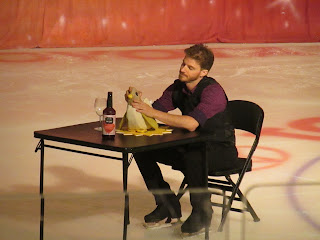 Here are all my photos from the show and the Meet & Greet plus a couple of videos. I wanted to take more, but I had some obstruction issues. => PHOTOS & VIDEOS 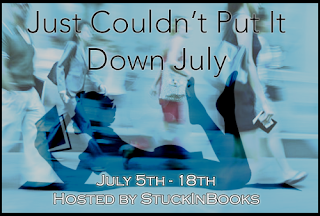 Welcome to the Just Couldn't Put It Down Giveaway Hop! The third and final book in my Ice series will be released August 31, so I thought I'd share a little about the series. The first book is CROSSING THE ICE, and here's what it's all about!

Pair skaters Courtney and Mark have one shot left at their Olympic dream. They vow not to let anything get in their way, especially not Josh and Stephanie, the wealthy and talented brother and sister team.

The heart doesn’t always listen to reason, though…

The more time Courtney spends with sweet, shy Josh, the harder she falls for him. But they are on opposite sides of the competition, and their futures are headed in opposite directions. Will their friendship blossom into more or are their paths too different to cross?

Check out a clip from the audio book, narrated by Emily Stokes:


The second book in the series, LOSING THE ICE, was also just released in audio format. You can find both books on Amazon and Audible.

Now to the giveaway! Need some help funding your summer reading habit? Enter to win a $10 Amazon gift card below!


a Rafflecopter giveaway
Posted by Jennifer at 11:07 AM 78 comments: