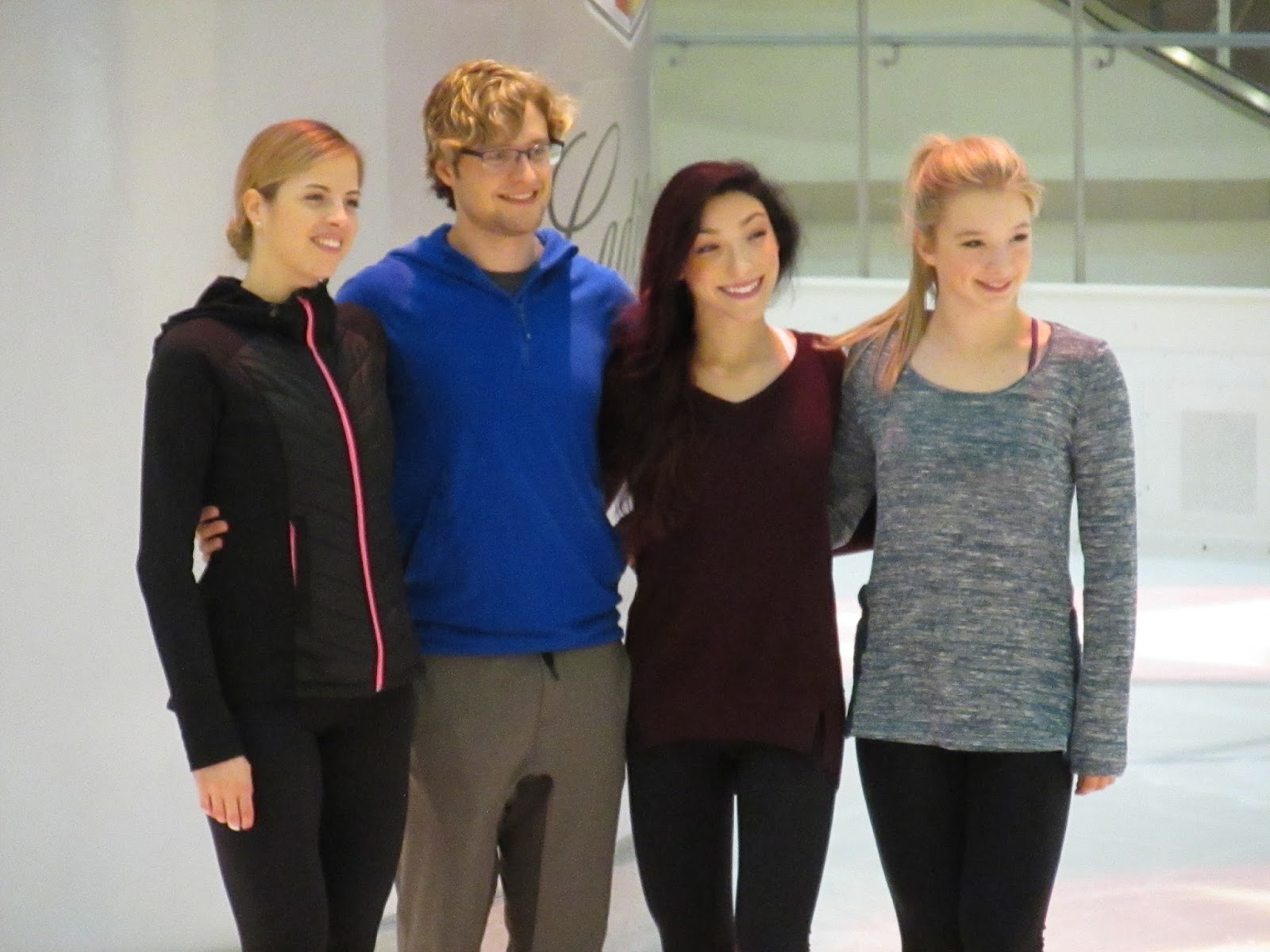 I'm in Dallas this holiday weekend to visit my sister, so of course when I heard Meryl Davis and Charlie White would be skating at the Galleria Christmas Tree lighting, I had to go! We went down to the mall for the rehearsal Saturday morning and got to see Meryl, Charlie, Carolina Kostner, and Amber Glenn practicing for the show later that evening. All of them were laughing and having a great time together! 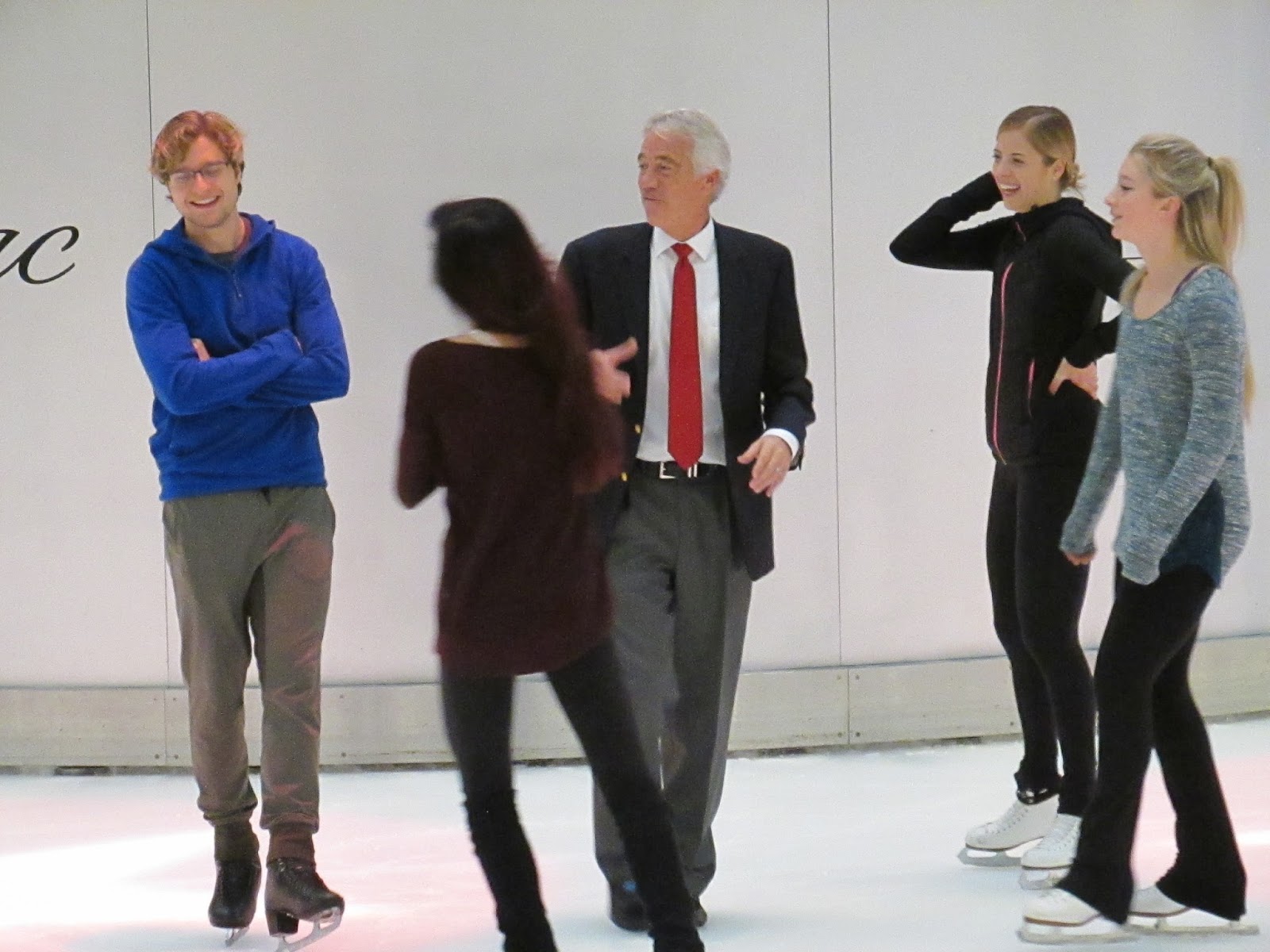 Meryl and Charlie did a brief television interview rinkside, and then all four skaters messed around on the ice for the television cameras. At one point, Charlie was twizzling, and he gave Amber some instruction on how to do it. Then he busted out the Bollywood twizzle (see it here!)

Carolina and Amber were doing triple jumps and having a little fun competition, and someone in the audience told Charlie he should show off his jumps, too. He laughed and said it's been eight years since he did jumps; plus, he was wearing ice dance skates ;) 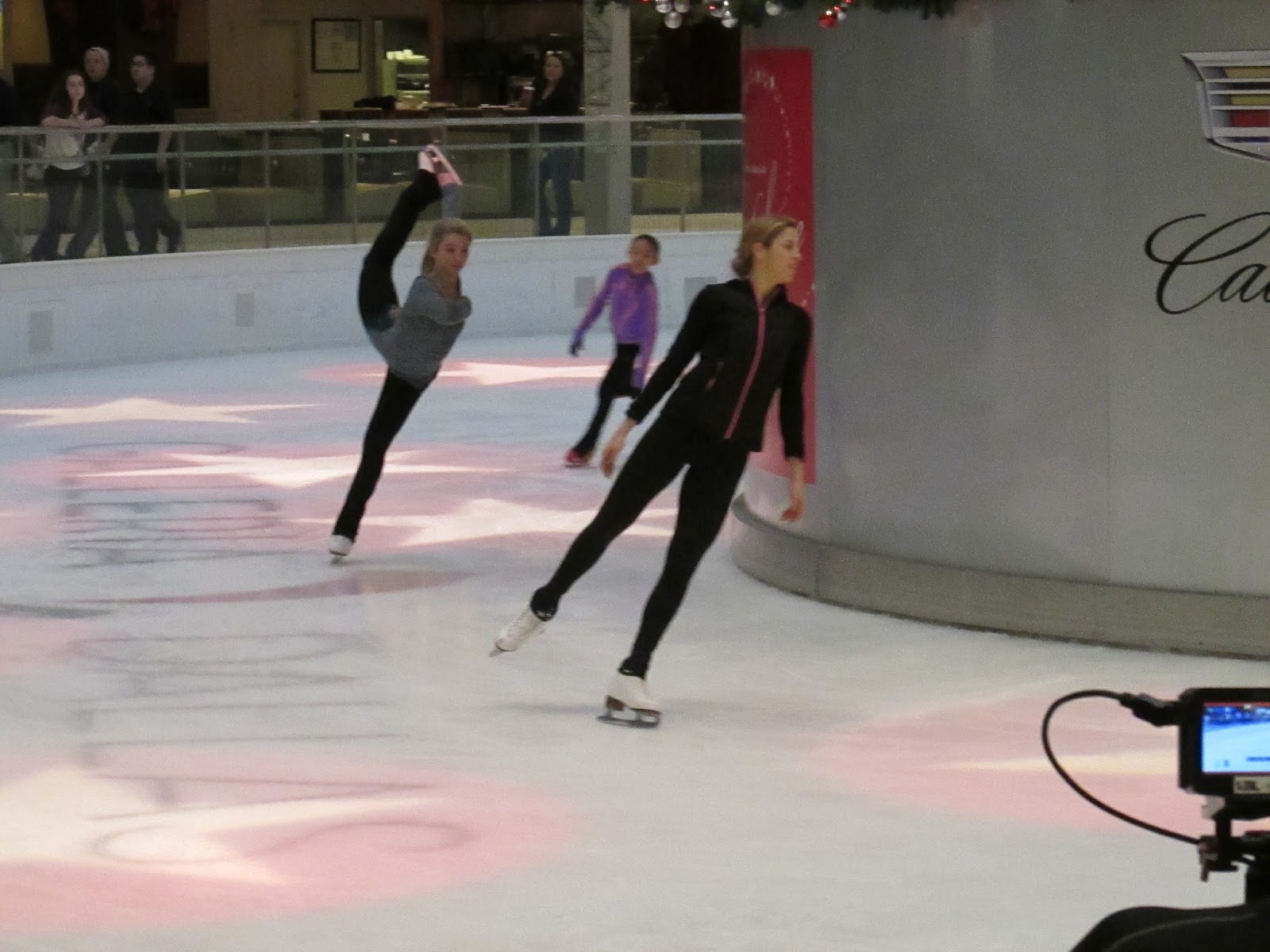 Amber, Carolina, and a young skater practiced their trio to "When You Wish Upon a Star," and then Meryl and Charlie did a run-through of their "Blue Christmas" program (see Part I and Part II). It was a super cute program!

I'll try to get some photos and videos at the show tonight, but I've heard it's very hard to get a good view of the rink because of the crowds. I'll try my best!
Posted by Jennifer at 11:53 AM 2 comments:

I'm in the home stretch of finishing LOSING THE ICE, so I thought it was time to share a little teaser! The novella will be out in early spring! 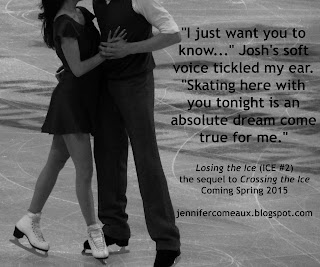 Posted by Jennifer at 2:35 PM No comments: