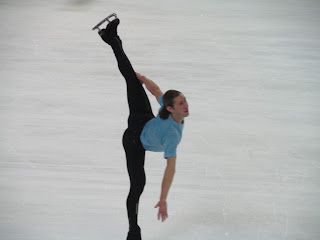 Hello from Hoffman Estates, Illinois! Today was the chill practice day before the competition starts tomorrow night. The men were up first, and overall it was a messy affair with lots of falls and wonky jumps. Adam did a nice clean run-through of his short program (complete with sassy footwork), and Jason did a full run-through of his long program. He almost had the landing on the quad but looked like he caught his heel. Shoma didn't look to be at his best in his run-through of his short. 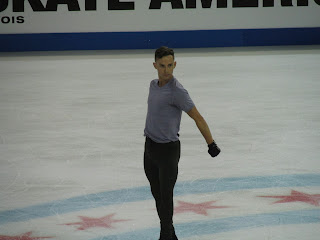 The ice dancers brought the perk after the men departed the ice. With the two Russian teams, Bobrova/Soloviev and Ilinykh/Zhiganshin, both using "Sing, Sing, Sing," the perk was at level 200. We also had two "Pas de Deux" from The Nutcracker, which was unusual since that piece isn't used much in ice dance. I preferred Tobias/Tkhachenko's version since there were no jarring music cuts like there were in Guignard/Fabbri's program. Speaking of jarring music, I wasn't loving the Shibutanis' Jay Z/Sinatra mashup. It sounded like loud, incomprehensible noise with the hip hop lyrics over Sinatra's "That's Life." Maia's costume was on point, though! (Sorry I didn't get any photos. I was videotaping their run-through. View it here!). Regarding the new American team on the senior scene, I think Pogrebinsky/Benoit have a really bright future, and the future may be coming sooner than later with their beautiful long lines and striking presence on the ice. 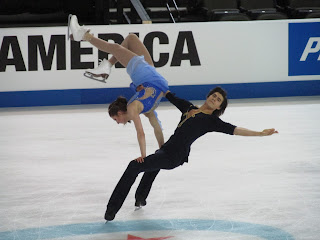 I made it back from lunch in time for the second group of ladies. Gracie had a rough go of it in her free skate run-through and in just practicing her jumps. I didn't think she had her usual speed. Mariah also had a rough short program run-through. Both Raf and Rohene were at the boards with her. Ashley didn't attempt many jumps in her free skate run-through. Love the Muse song but not sure I like "angsty Ashley." Jeremy Abbott had such a memorable program to that music that I find myself thinking about that instead.

The pairs ended the day, and I thought Seguin/Bilodeau had added maturity in their Cinema Paradiso long program (I could've done without the lyrics in the last section). Tarasova/Morozov's music was a song I'd never heard before, but it was not easy on the ears. It sounded like bad 70's pop. Loved James/Cipres' song choice of "Sound of Silence." If they can skate the program clean and land the throw quad Salchow (they didn't land any today), it will have a great emotional impact on the audience. 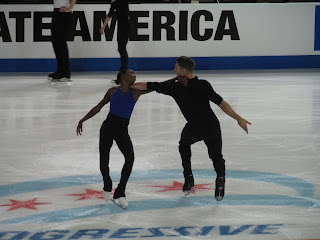 The jumps and throws were hit and miss for most of the teams in the final group. Tarah was having lots of trouble with the side-by-side triple Salchows, but she landed a nice throw Lutz in the long run-through. Marissa and Mervin landed SBS Salchows outside their Journey run-through (where they only did a few sections). They did a couple of successful throws, too. Haven and Brandon did a gorgeous throw triple loop (seriously, her landing was like +10 GOE. She held it forever AND smiled at the audience.) The lifts in their long program are showstoppers, and I hope they can put together the jumps at the beginning to set the tone.

Almost forgot to mention - Raf was working with both Marissa and Tarah at the boards during practice. Is he some kind of new jump specialist for pairs lol? 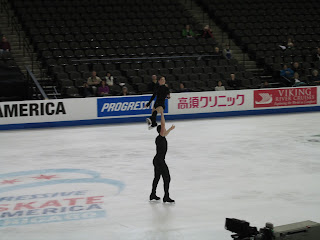 You can see the rest of my photos here!!