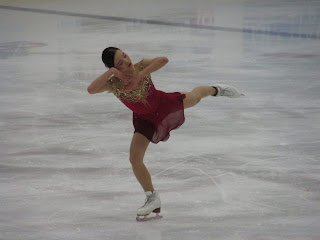 Happy Olympic Season! The fun began this past weekend in Salt Lake City, site of the annual U.S. International Figure Skating Classic. I always love attending this competition every year because it means getting the first look at the skaters' new programs (thankfully there are some who haven't taken the recycled route this year that many have chosen). Salt Lake City is nestled in such a beautiful setting, and it's such an easy city to navigate that the experience is always enjoyable. My only request for next year is for USFS to give us more time between the afternoon and night sessions to eat dinner. We had to do a 20-minute mad dash to Noodles & Company on Thursday evening to grab food and bring it back to the arena.

I'll take a look at each discipline and give some thoughts I have on each:

I'm so glad Kirsten Moore-Towers and Michael Marinaro brought back their long program (one good case of recycling) because I think it is gorgeous and builds beautifully. They've come such a long way since the awkwardness when they first teamed up.

Haven Denney and Brandon Frazier's "All of Me" short program stood out to me. When they skate it clean, it has the potential to create one of those beautiful moments. Their connection on the ice shines through. 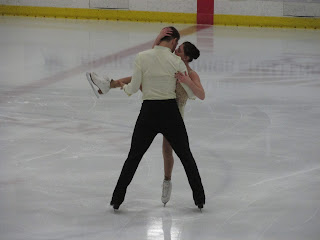 I would love Deanna Stellato and Nate Bartholomay's long program so much more if they were using the original version of "One" for the first part (cover songs are another bad trend this season). I'd even take the Bono/Mary J. Blige version that Kim and Brent used. I love the second half of the program when it comes alive with "Where the Streets Have No Name." I think the original "One" would give them an edgier vibe in the beginning that would match the end better.

Chelsea Liu and Brian Johnson impressed me so much. Their skating has matured quite a bit, and they look like they could be contenders in the top echelon of U.S. pairs. I just hope the side by side jumps won't continue to be their downfall as it has been with almost every other U.S. pair. 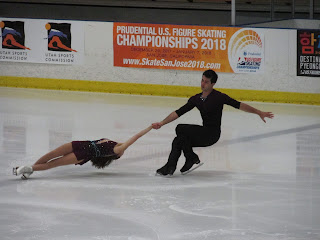 Ghost is definitely the best program Alexa Scimeca-Knierim and Chris Knierim have ever had, so good decision by USFS to ask them to bring it back. I think they could spruce up the choreography (the waving arms get a little repetitive), but the slow music does a good job of calming their movements so they look more graceful.

I hadn't seen the team of Carolane Soucisse and Shane Firus before, but I absolutely loved them! They were adorable and looked like they'd been dancing together forever even though they're a relatively new team.

My favorite program in the dance discipline was the free dance of Kana Muramoto and Chris Reed. The music was special, and their movements were thoughtful and beautiful. They really set a mood, and Kana in particular expressed the emotion of the music so authentically. 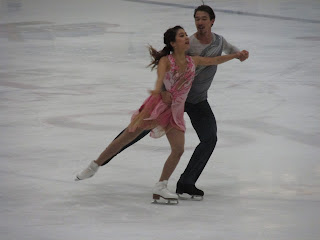 The scores seemed rather low for most of the teams, and I thought Julia Biechler and Damian Dodge were grossly underscored. They have a nice, smooth quality to their skating that puts you at ease, and I especially love their powerful twizzles.

Laurence Fournier Beaudry and Nikolaj Sorensen's free dance was another standout program. I am so sad that they won't be able to attend the Olympics because their skating deserves to be on the sport's biggest stage. 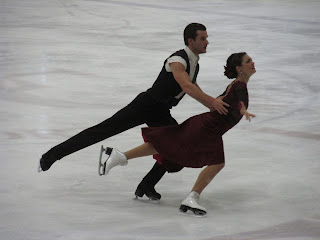 I didn't care for the music in Madison Hubbell and Zachary Donohue's free dance, and I thought last year's FD did a better job showing their connection. I didn't think this program left as big of an emotional impact. The music really killed it for me.

Kaitlin Hawayek and Jean-Luc Baker's short dance was one of my favorites. I like my Latin programs on the mainstream and upbeat side, and this one fit the bill.

Nathan Chen - wow! His programs are so mature and well-choreographed, highlighting all his strengths. I hope he wins a medal in South Korea and then sticks around to bless us with his extraordinary talent for another four years. 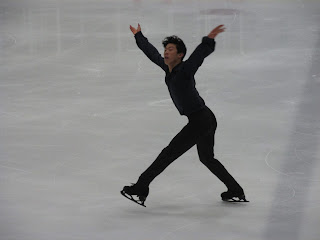 Max Aaron also wowed me at this competition. He was rocking the warhorse programs, but they worked so well for him. He really seems to love the music and is connected to it in a way I haven't seen before. His jumps also looked in midseason form.

Liam Firus was another bright spot. His skating is like butter, and his La La Land program was perfect for his relaxed style. He also wins the cutest costume award. 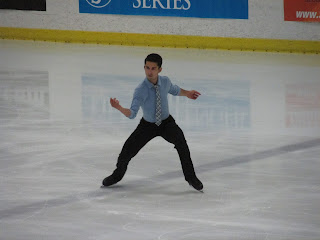 Kazuki Tomono was a skater I hadn't seen before, and he was so entertaining, reminding me a of young Shoma Uno. He has a lot of flair, and he went all out in his West Side Story long program.

Marin Honda - another WOW. This was my first time seeing her skate live, and her blades were dead silent as they moved over the ice. She seemed to be floating from one element to another. This girl is special, and I hope she will be competing for many more years because I can only imagine how extraordinary she'll be as she grows even more as an artist. 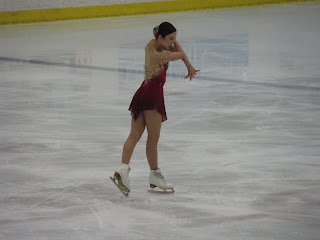 I'm not a fan of the Moulin Rouge soundtrack and I think it's waaaayyyyy overused, but Karen sold her "Tango de Roxanne" short program very well. I enjoyed the bones of her Carmen program, too, even with the mistakes. What's most impressive about her is her speed and attack. 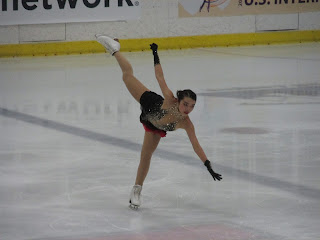 Speaking of speed and attack, if Mirai Nagasu could attain those two elements she could finally set herself apart. I love the cuts of her Miss Saigon program and just want her to moooove faster across the ice to really make the program sing.

You can find all my photos from the event here => PHOTOS. Also included are the junior men's short program and the junior short dance.
Posted by Jennifer at 9:03 PM